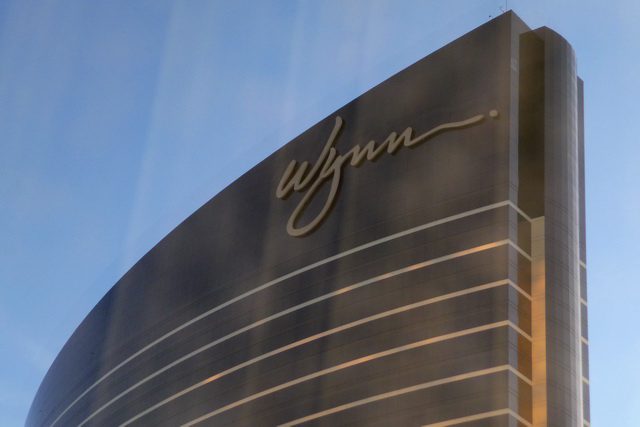 In Las Vegas for CES 2009. Feet are sore. Too tired to type in complete sentences. Wore a pedometre today, walked 12,888 steps. Might not seem like a lot, but my feet are yelling at me. So tired. Hardly slept at all last night, woke up at 5:15 AM to fly to Vegas. Staying at the Wynn Encore. Got great coupon, only $20 more than staying at the Sahara. Wynn Encore is nice, but like all Vegas hotels it takes 20 minutes of walking to get anywhere, all routed through the casinos. Staying in Vegas for the longest time ever for CES: five days, leaving Sunday. Seems like an eternity already. Did Pepcom Digital Experience tonight, brought video camera, didn’t use it as much as I should have. Going to sleep now…

What a whirlwind the past couple of weeks have been! While in Mexico on vacation for a week (photos still being processed, sorry Rafe!) I managed to catch a cold, likely from someone on the airplane. I had three days of enjoyable vacation followed by four days of a chest cold that brought with it a lot of coughing and hacking. The cold quickly moved into my head of course, then I became that guy you see in warm paradise locations blowing his nose as if he were in a freezing climate. Let me tell you, that sucked. Of course, it did mean that I wasn’t up for much more than sitting by the pool and relaxing, which was the whole point of this vacation, so it wasn’t all bad. But it was mostly bad when I then caught some sort of a stomach flu bug from Ashley in the latter part of our week-long vacation.

After getting back from Mexico and being with with a cold and minor flu, I spent most of the weekend holed up watching movies. Then last Monday I had to get on a plane again and fly down to Seattle for the fall Mobius 2008 event, cold and flu still in full effect. I had lots of fun there, but definitely wasn’t on my game – not eating anything but dinners will do that to you. I’d eat dinner each night to see if my stomach was back to normal, but it never was, and we all know how that goes. Mobius ended on Wednesday night, and that night I was coughing so hard I had trouble breathing (with thoughts of the expensive American health care system running through my head), so I got in a cab at midnight and went to the nearest 24/7 pharmacy to get some meds. I managed to make it home, where I promptly collapsed into the fetal position and tried to coax my immune system into functioning. The combination of a cold and flu is frustrating, because when I’m not eating on account of my stomach, my immune system is being starved of the fuel it needs to fight the cold. It was just ugly.

Monday of this week was the first day I felt like I had any energy, so I’m now in the process of digging myself out of two weeks of backed-up email and work. The thing I hate most about going away on holiday is the work that piles up when I’m gone. There’s so much to do, and we all know how productive the week leading up to Christmas is (as in, not very). But I’m on the mend, and so glad to be home – even if home is a cold, frozen wasteland at the moment.

Our fifth day in Japan was a busy one – we did our first full-day tour, which had six stops, including Nijo Castle, Kinkakuji Temple (also known as the Golden Pavilion), Kyoto Imperial Palace, Todai-ji temple, Deer Park, and the Kasuga Taisha Shinto Shrine. Many pictures were taken, and there’s a video showing several of the sites as well.

On a photographic note, I converted a few more of the photos in this set to a high-contrast black and white…I like the way they look, but I’m still trying to hone my own type of B&W look for post-processing. 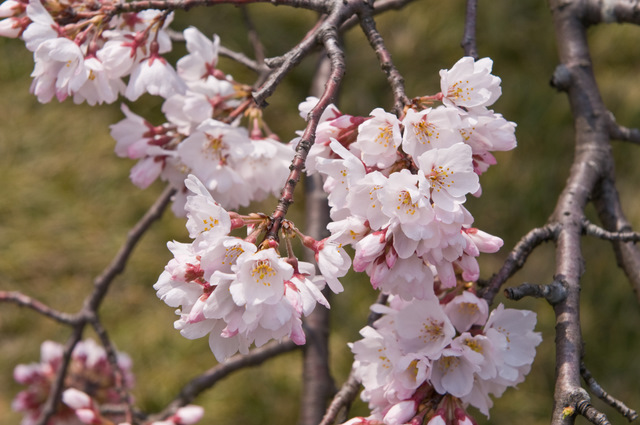 (I’m writing this sitting on the floor of the Vancouver airport…back in Canada! Almost home…so sleepy.)

Guess who got inked in Okinawa? Check out the pictures (with a video)… 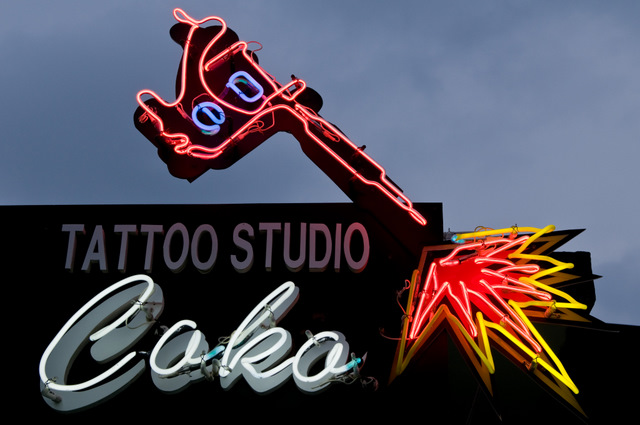 Day four in Japan had us doing our first tour – we spent the afternoon at several historical spots in Kyoto. The temples and shrines are beautiful! We celebrated Jason’s birthday by going out for some delicious food…Chinese food! 🙂 Pictures published in the fourth Japan gallery (sadly they had to be down-sized a bunch before uploading…the Internet access here on Okinawa at the Zanpamisaki Royal Hotel is really slow). 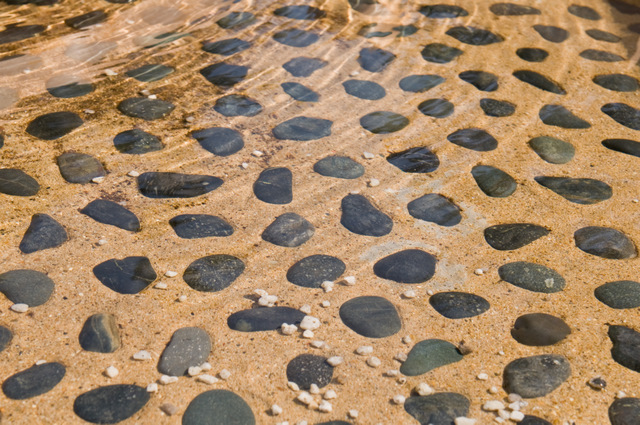 Our third day in Japan had us waking up in Tokyo, and checking out of the very lavish Prince Sakura hotel to start our walking tour of Tokyo with my friend Andrew Shuttleworth. We saw a variety of places around the city of Tokyo, and by the end of the day we had the blisters to show for it! Warning: many of these pictures are of technology, which some of you may find boring – but I was in geek heaven. Check out the photo gallery…(comments have been enabled on the day three gallery, as an experiment, so if you’d like to comment on the photos, please feel free). 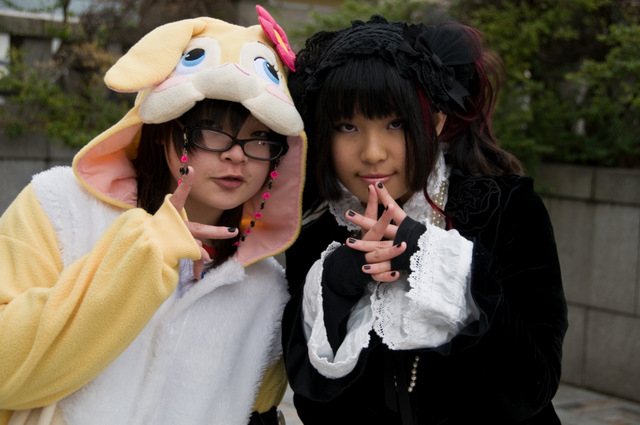 Our day two Japan photos are up, this time chronicling our journeys from Kyoto to Yokohama to Tokyo. We spent the afternoon in Yokohama – initially we were going to head for a place called Sea Paradise, but when we got to the station the cab driver told us it would cost 10,000 yen to get there – $100 CAD and an hour’s worth of our time. Both factors were steep, so we decided we’d skip that and spend the afternoon around Landmark Tower, the tallest building in Japan. 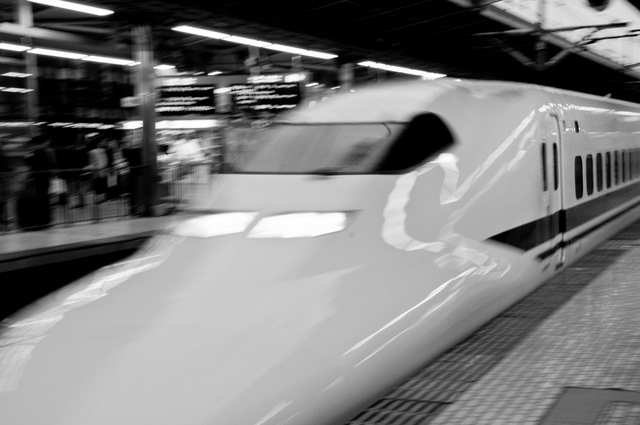 We’re keeping so busy that I haven’t had much time to edit photos…and my Dell XPS M1330 is starting to make louder and louder whining noises – in a quiet room, it’s really noticeable and really irritating. <sigh> Time to call Dell when I return to Canada…

Our first full day in Japan was focused on one thing: SUMO! We had tickets (thanks James!) to the second-last day of the sumo tournament being held in Osaka. Off we went! I took a great deal of photos, and heavily culled them all, but it was difficult to not have a rather sizable collection of sumo photos (no pun intended) remain. I only kept the best though, so hopefully they capture some of the action that we saw! 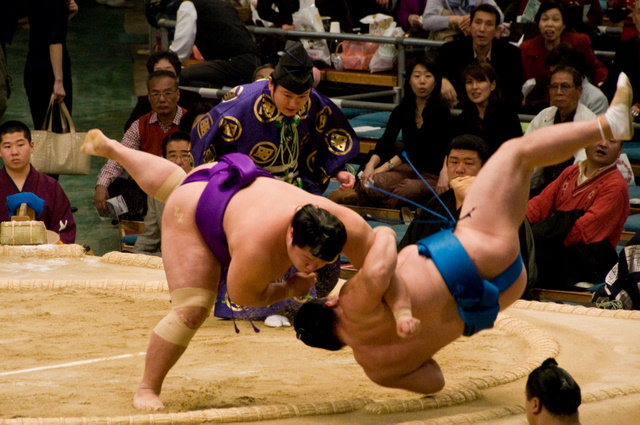 These are our “day zero” photos, which was our travel and arrival day…although technically we lost a day and a half with the 15 hour time zone change and the 14 hours of travelling (including the layover in Vancouver) so this is more like day zero/one. Not a lot here in the way of interesting photos, but I share them with you nonetheless. 🙂 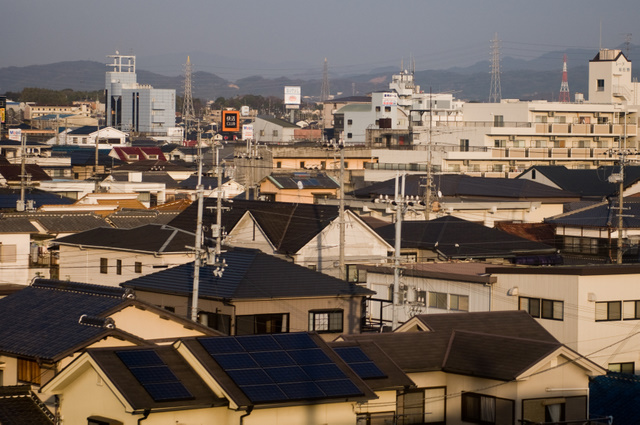 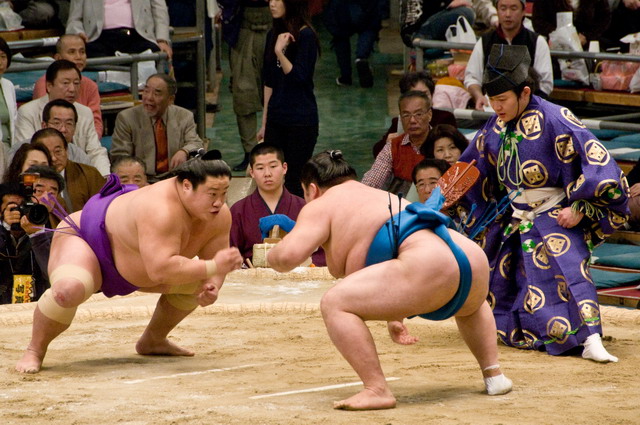 That’s what we spent several hours watching yesterday – it was quite the spectacle! I have several hundred photos to process from yesterday (that’s culled down from over 900 photos), but I wanted to share a bit of what we’ve experienced thus far…