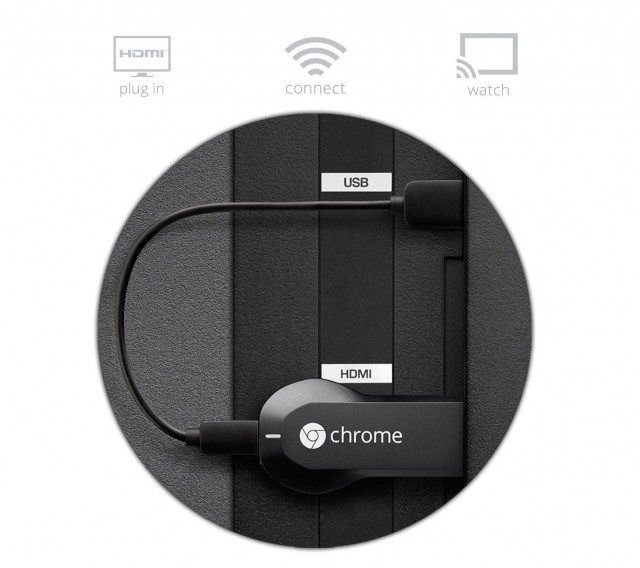 When Google’s Chromecast first came out, like many a geek, I ordered one right away because it was ridiculously cheap, and seemed like the long overdue bridge we were waiting for to connect our Android phones and tablets to our TVs. With all due respect to HTC, the MediaLink HD just wasn’t a solid product and never got the development work and improvements it needed.

Back to the Chromecast: when I was connecting it to the TV on my main floor, I had two options for power. I could connect it to the USB port on my LG 50 inch plasma TV, and not surprisingly it didn’t power up (the TV is older and pre-date all these gadgets that run off USB power). USB 1.x is supposed to provide a minimum of 500mAH of power, but it’s not unusual for TVs to cut corners on power output. My next option for power was the USB port on the incredible sounding AudioEngine A5+ speakers I have on either side of the TV. The specs of the speakers are 500mAH of power, so I was hoping it would be enough.

The Chromecast powered up, and everything seemed fine for a while – until after using it for a bit, I watched it reboot seemingly at random. Over the next few weeks, as I used it off and on I again saw random reboots. I had a hunch it was due to insufficient power, and once I connected it to an HTC 1000 mAH power adapter, the random reboots stop.

The lesson? USB might be a universal connector, but when it comes to power, be careful about assuming the device booting up means it truly has sufficient power. Using the adapter that comes in the box is always a wise choice!