Facebook is often slammed for their poor handling of privacy, and most of the time they deserve it. They’ve historically played fast and loose with the privacy of user’s data, not unlike most other young silicon valley start-ups. It’s not surprising when you think about it – if you grew up in a computing era where both privacy and intellectual property are largely irrelevant (sometimes called “The Napster Generation”), when those same people form companies they’ll take those assumptions with them into defining how their products work.

Facebook has introduced something – and maybe this is old news, but it’s the first time I’ve seen it – called the Privacy Check-up, complete with a little dinosaur mascot (subtle jab at the “old” people who still care about their privacy?). 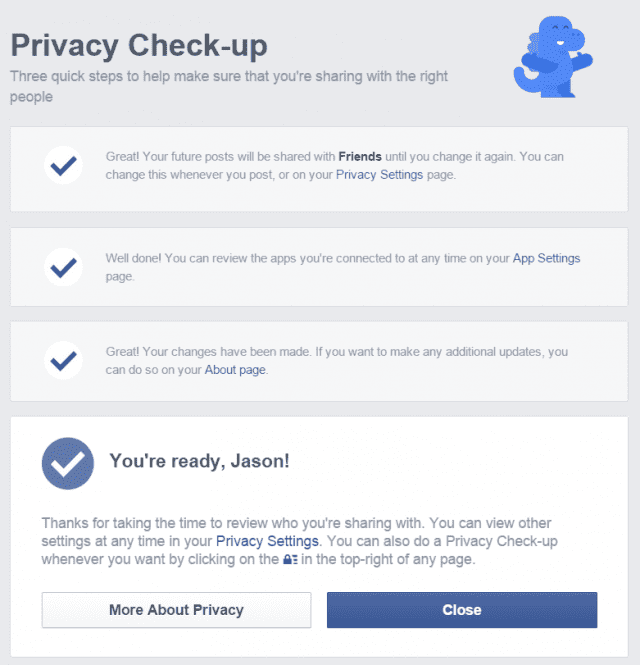 It’s fast, simple, and makes it incredibly obvious who has access to your data – it was eye opening for me to see some of the apps that had access to my data. I thought I’d cleared out most apps, but a few had snuck in over the months. How do you get at this tool? Click on the lock icon to the right of the globe, and start up the tool. 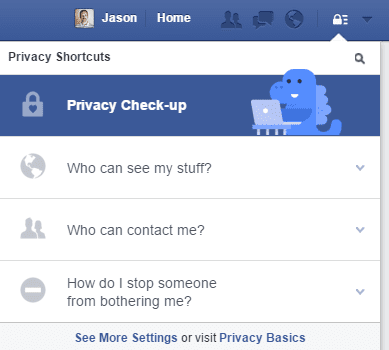