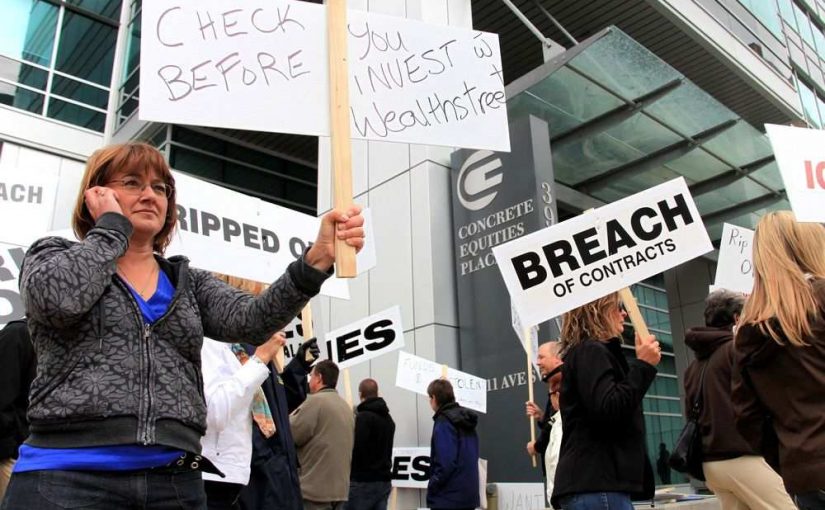 “He will also have to perform 240 hours of community service, hand in his passport, report to a probation office and abide by a 11 p.m. to 6 a.m. curfew — except for the first six months when he will be confined to his house 24 hours a day except for work and approved appointments.”

Based on that, it sounds quite profitable to defraud people, doesn’t it? The law has been changed since this started, and if someone was found guilty of the same fraud today in Alberta, they’d have a minimum jail time of two years. That new law doesn’t apply to this old case. The Alberta Securities Commission judgement against them is equally as toothless: Vinny Aurora has only paid $63.70 of the $500,000 fine imposed on him by the ASC in 2014. What’s the point of the ASC then you might ask? Good question.

According to this Huffington Post article, the charges were filed against Vinny Aurora in January 2014. And now, almost three years later, he’s plead guilty. Dave Humeniuk was also charged at that time, but his trial doesn’t even start until November 2017.

Here’s a scan of the article from the Calgary Herald in case the link above stops working: