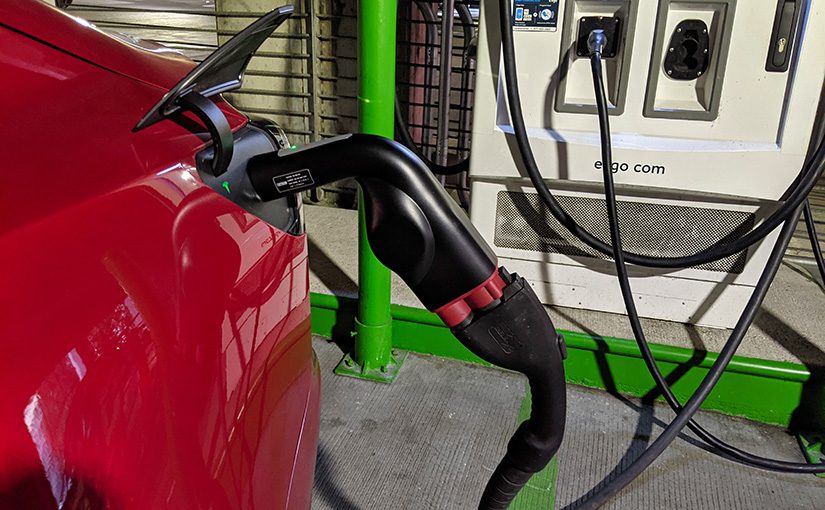 My family and I have a road trip to Canada coming up soon, and for the first time I’m going someplace — a small town in BC, Canada — where there aren’t Tesla Superchargers within range once I arrive. Even with a full charge from an overnight L2 charge, I can’t make it back onto the Supercharger network to continue my journey to Calgary (due to elevation and the fact that I bought the Model 3 SR+ rather than the LR which had 70 more miles of range). 🤷‍♂️

So I’m going to head east, and along the way there are no Superchargers, only CHAdeMO and CCS L3 chargers. Typically charging at around 32 miles per hour of charging, L2 chargers are too slow for a road trip unless you really don’t care when you get there. I need a way to connect my Model 3 to one of these L3 charging standards, and because:

…I figured I’d buy the LECTRON CCS adaptor off Amazon that, at the time I ordered it, had zero reviews. And it was $600. 😮 What could go wrong? 😜

This is a simple, bullet-point first impressions post meant to get something online fast, not a detailed, well thought-out review. I have too many of those already sitting in my WordPress drafts folder. 😉 So here we go…

So will I keep this or return it? I want to do more testing. It’s not a great product, that’s for sure, but it may be good enough for what I need.