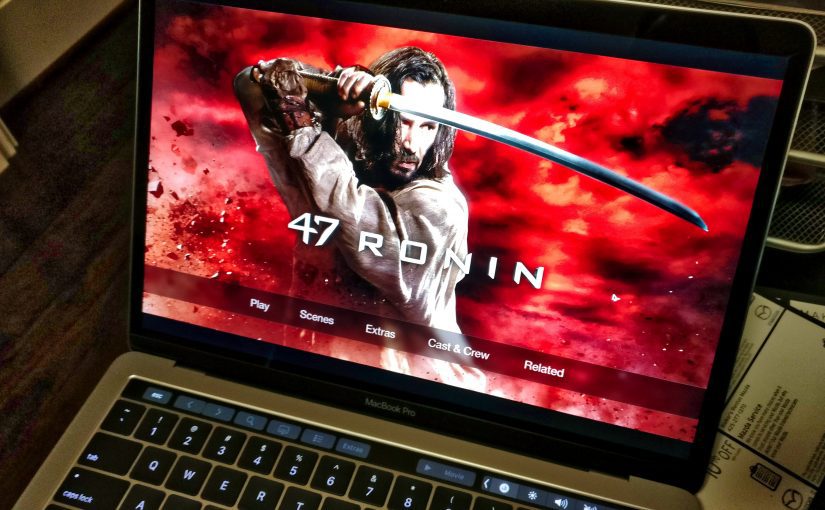 I’ve had my MacBook Pro 13 for about two months now, and based on all the initial furor around battery life I wanted to wait until I had sufficient hands-on time with it to make my own determination. After two months of use, the truth is really simple: Apple put in a tiny battery because they felt people wanted a thinner/lighter MacBook more than people wanted long battery life. This is simply a laptop that was not designed for all-day battery life. There’s nothing more to this story than that.

People can talk about software optimizations, Chrome vs. Safari, etc. all day long – but the reality is that there’s no software tweak in the world that will make a tiny battery into a bigger one. The battery in the 2016 MacBook (49.2 Wh) holds about 38% less power than the 2015 MacBook (79.2 Wh) .

I’m a little upset that this machine I spent $2600 on has worse battery life than the last laptop I owned (which was 60% less expensive I should add). I am trying to come to terms with that reality; the only thing that helps is that the battery is so pathetically small it charges fast, and that the USB-C ports give me charging options I didn’t have before – I now carry a 10,000 mAH battery pack with me to top up the MacBook when needed. It’s worth pointing out though that I need to put the MacBook to sleep to get any real charging – most battery banks don’t put out enough power to charge the device while in use.

To understand more about how passive battery consumption worked on this MacBook, I performed a simple test: leaving the MacBook on, at about 75% brightness, with Chrome running (one tab, no animations or refreshing) and Outlook open and polling for new email from my Exchange server. From a starting point of 95% battery level, the MacBook drained at 10% per hour – at the end of three hours it was down to 75%. Power settings were configured to leave the screen on and not dimming. In this scenario, the CPU was doing very little. Draining at 10% per hour doing effectively nothing isn’t what I was hoping to see because it’s effectively an unrealistic scenario.

I started up my 2014 Dell XPS 13 (52 Wh battery) running Windows 10 and in a similar scenario (Chrome open, same Web site, Outlook, 75% brightness) – albeit only for one hour – I saw the battery drain from 95% to 87%. Doing tests like this isn’t my day job any more, so I’m hesitant to claim anything definitive from this example – but I’m confident that the Dell would have outlasted the MacBook by a noticeable margin.

But Wait, There’s Some Good News

In an example that shows surprisingly strong battery life, I was using my MacBook to view Ripple Training videos for Final Cut Pro. I viewed the lessons in Chrome, at full screen, with brightness up around 75% and volume around 60%. I did 1 hour 7 minutes of lessons, and the battery went from 100% to 89%. You’d look at that and think “Wow, that’s basically 11 hours of playback”, and you’d be right. Isn’t it odd that there’s very little difference between the results of this test and the passive test above?

I was curious about how much power the MacBook used under various loads, so first I did a test where I exported a large set of raw files to JPEGs using Lightroom. The result? About 29 watts of power. This is measured using iStat Menu 5. 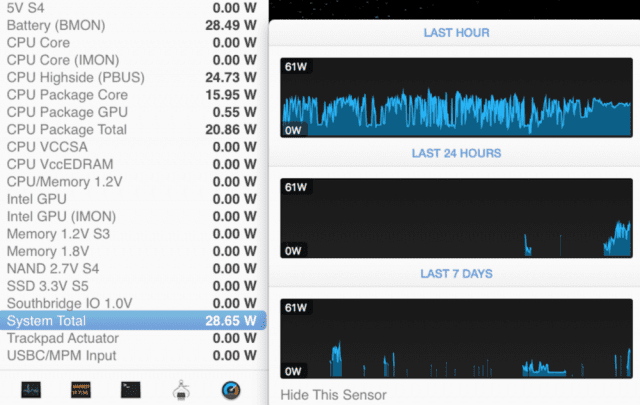 Above: 28.65 watts of power used when exporting a group of JPEGs from Lightroom with the display around 60%.

What about when you push the MacBook as hard as you can? With screen brightness set to maximum, and Handbrake transcoding a 15 GB 1080p MKV file to the Super HQ 1080p 30fps MP4, 32.92 watts of power are being consumed. When the MacBook is burning 33 watts constantly, that little battery doesn’t last long at all – I haven’t tested this, but I’d guess no more than 90 minutes.

One of the things I’ve been using the MacBook for lately is working in Lightroom while sitting in a McDonalds play area – my kids run around and play, my wife and I chat and relax, and I work through my photos. Yeah, this is something suburban parents sometimes do, especially on cold, rainy days. ?

The brightness is at about 80%, and I’m doing a combination of culling in library view, full editing in develop view, exporting both the folder as a library and all the images exported at 85% JPEGs and videos as original videos (no transcoding). WiFi was on, but not connected to anything. I did this three Sundays in a row, and the results were quite disappointing every time.

I started each session with 100% battery charge, and each time was about two hours of use. The results never put a smile on my face: I was left with under 35% battery in every instance. I timed my most recent visit: I powered up at 12:30pm with 100% battery, and when I was finished nearly two hours later at 2:27pm, the MacBook was at 28% battery power. That means this MacBook would barely last three hours using Lightroom at 80% screen brightness. I find that simply terrible. Perhaps there’s some optimization Adobe can do with Lightroom to make it less power-hungry on the MacBook, but I’m not holding my breath. Given that mobile Lightroom usage is one of the biggest reasons I bought this MacBook, I’m extremely unimpressed with three hours of battery life.

Despite these frustrations around battery life, I remain impressed with the other aspects of the MacBook. Performance is solid, the screen is fantastic, the trackpad is superb, the keyboard is just fine, and I genuinely enjoy macOS. A big plus is having all the apps I use on my iMac, especially Final Cut Pro, Luminar, and other key apps that are now a part of my photo and video workflow.

I will, however, always look at this MacBook and wish Apple had put a bigger battery inside it. This is a bigger, more powerful version of the 12″ MacBook – but it’s not the MacBook “Pro” a lot of people were hoping for.